Sometimes the stars just line up.  Literally.  I had the distinct pleasure of shooting the Think 13 conference in Chicago last week.  Think of it as a TED Talks for the credit union industry. The conference is a melting pot of ideas to push forward creative thinking in life and business.  This year’s theme “Disrupt Business as Usual” pushed the idea that to move forward you need to think and act creatively, not to just keep doing things the way you always have.  The power and impact of social media was also a big topic of discussion.

As the official shooter, I was able to sit in the front row and do my best to capture the energy of the moment.  Cory Booker, mayor of Newark, NJ (and possibly future President of the United States) was one of my favorites:

He’s got my vote.

This was a seriously inspirational story about a man with small beginnings, who became a highly influential person through his creatively thinking outside of the box and his deep caring for the people of his city.

Daymond John, Founder of FUBU and star of “Shark Tank” was another speaker who gave us his story (which was amazing), and his five tips on how to be a shark…not sharing those :)… 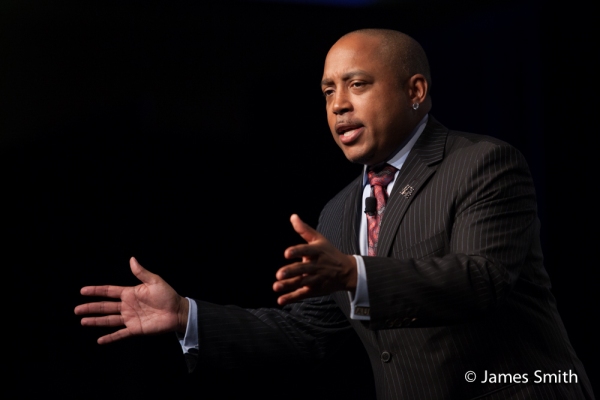 Daria Musk, a global music superstar who built her worldwide audience on Google+, told her story through music… 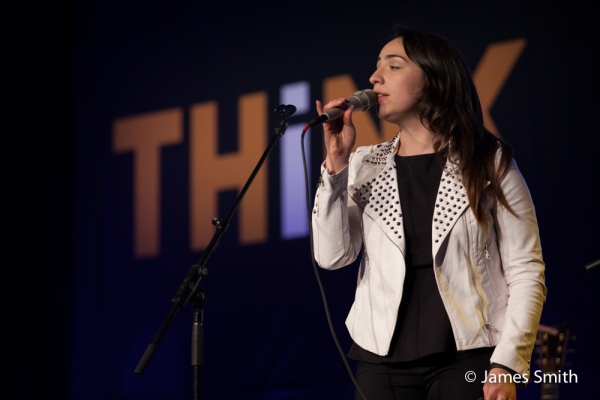 Now for the truly amazing part:  Think 13 raised $115,oo for Children’s Miracle Network Hospitals.  They raised that money in one week.  Wow. 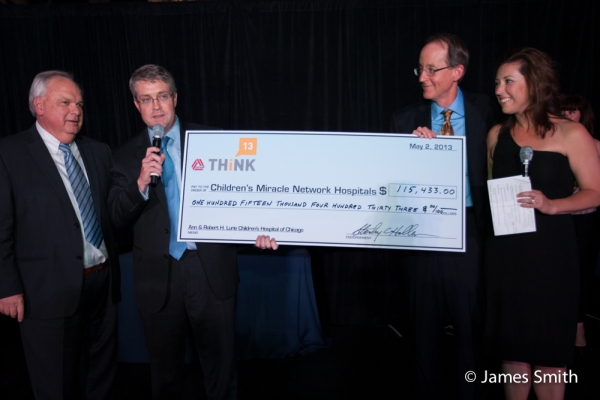 They published my pics on Credit Union Times, which was super cool!   http://www.cutimes.com/2013/05/01/think-13-on-wednesday-slide-show

For more images, check out this link http://jcharlessmithphoto.photoshelter.com/gallery/Think-13/G0000PHrw5zKgENw

See you out there…